Note: Before this, it may be helpful to go through my “Why Hebrew?” piece to get a better understanding of why I chose to study the language in the first place.
—

So I spent most of my summer 2017 in the small town of Middlebury, Vermont, studying Hebrew. It’s a quiet town with not much going on besides having a stellar private liberal arts college with a spacious and beautiful campus, a setting that makes it so conducive to study well.

As part of an intensive immersion summer language program, we pledged to only read, write, and speak in Hebrew. This is initially hard for those who begin with zero knowledge of the language, but “survival” sessions early on and the methods by which it is taught in the first week (similar to teaching a young child using symbols, gestures, and images) made it easier.

Because of the constraints of the pledge, many of us were in a constant, often tiring effort to communicate even the most simple of ideas, which made bonding throughout the weeks much more meaningful. As the time passed, I became part of a small community consisting of people from all walks of life on this gorgeous campus isolated from most of the clutter of the outside world, and through it all, I made friends with whom I hope to remain in touch for the rest of my life. 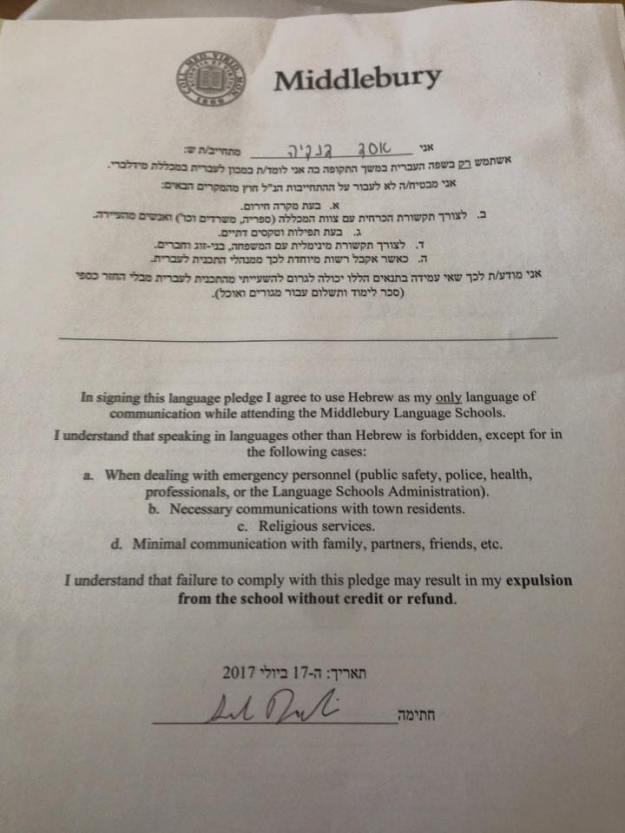 Class began at 8 A.M. sharp and went on until 1 P.M. There were breaks in between, and the last hour was usually spent reviewing together or doing homework. In 7 weeks, we covered a 500-page textbook. Before class there was breakfast in the dining hall where our school ate together, and then right after class was lunch. Dinner was in the evening at 7 P.M., and in between lunch and dinner were activities including tutoring, sports, dance lessons, yoga, additional lectures, parties, film screenings, events, and of course extra time to study or relax. There was always something to do, and time management was of extreme importance given the structure of the day.

I spent a few hours doing homework with friends and taking additional grammar classes to help me learn faster. The three daily meals were part of our educational experience, because we had to eat together with students from all levels and had to adhere to the pledge even then. It was immersion in the fullest sense. In addition, getting a good amount of sleep was very important if you wanted to maximize your time. It took me a week or two just to adjust a good routine for sleeping, and some nights I was up long past midnight doing homework (bad idea). 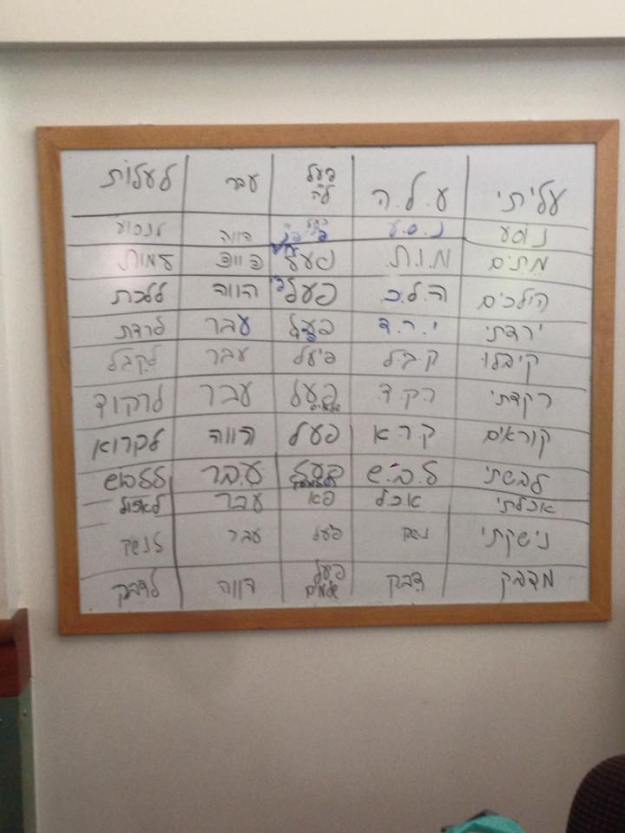 A typical day would look like getting up and ready by 7:30, having breakfast until 8 and then walking over to class. In class, our lesson would break every hour or so for about ten minutes until the class ended. Then there was lunch at 1, which went on for about an hour, and then either I’d head to the library to study or to a grammar class, classical Hebrew class, yoga, or to my room to catch up on sleep, depending on the day. In the evening we had dinner, and thereafter I’d join a study group in our dormitory hall or get some other work done. If there was a film screening or lecture I’d usually always go to that. 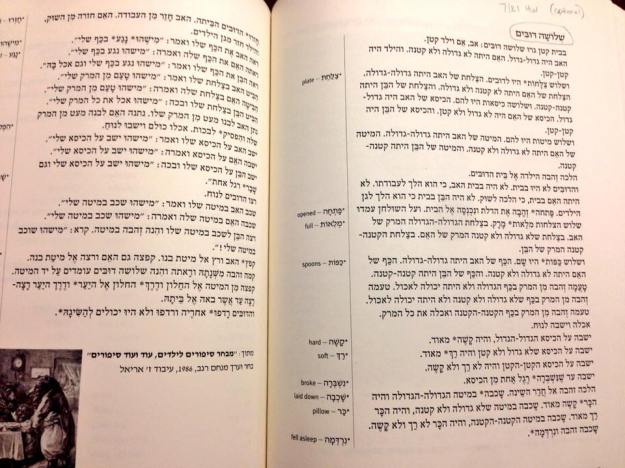 The story of the three bears in Hebrew

For me, this is what made my learning experience so phenomenal. Few people are able to enter your life for a short period of time and have such a tremendous impact on you that it stays with you. Guy, my first Hebrew teacher, was one of those people. I will always remember the passion, humor, and energy with which he taught our class. He never once failed to respond to our questions and to give each of us (a class of almost 15 students, which is large for a program like this) the time we deserved. 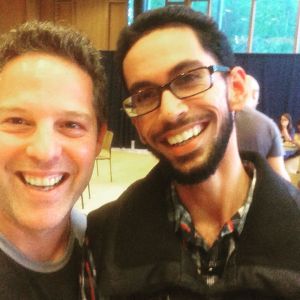 Ibrahim, my second Hebrew teacher, was another one of those people. His commitment to his students and to the craft of teaching combined with his endearing charm and finesse made the language so fun to learn. I personally appreciated having him as a teacher because entering the program, I was initially worried I wouldn’t fit in, so having someone to connect to so easily meant the world to me.  It isn’t often you have an Arab-Muslim Sufi who teaches you Hebrew, debka (a Levantine-Arab cultural dance), performing arts, and more all in one go, but Ibrahim did it. 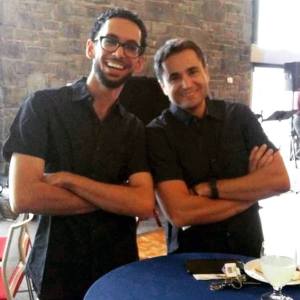 Both Guy and Ibrahim had an enchanting way of teaching with all of who they were, and the depths of their knowledge were matched only by the sizes of their hearts. I’ve always cherished all my teachers, but I keep a special memory for those who taught me with their hearts before they did with their minds. For anyone considering doing an intensive language program, be sure to bond well with all of your teachers inside and outside the classroom.

Outside of the Program

I did have time to do things outside of the Hebrew program and to explore some of Vermont.

I went hiking on Snake Mountain with some friends, which was a reprieve from uninhibited language study. On another day, I attended a county fair with some friends, and on a weekend I had the opportunity to make pilgrimage to the Sacred Factory of Ben and Jerry’s Ice Cream to see where the enterprise all began. I got to visit maple farms, which Vermont is nationally renowned for, and met a farmer named Bernie (not Sanders) who taught me about the delicate craft of producing the state’s signature product, pure maple syrup. 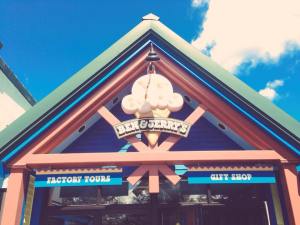 He gave my friends and I a tour of the farm, showing us how he and his wife have created an elaborate system of tubing that connects four-to-six thousand trees to machinery on his farm which then processes the sap after it is collected. He then sells it to partners like local communities and companies alike to earn his income. All of it is homegrown, environment-friendly, & fairly traded. Learning about it all was a really eye-opening experience for a rural-illiterate, lifelong urbanite like me. 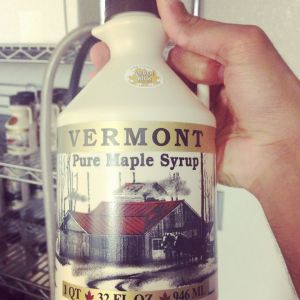 I’ve thought deeply about what I want to do in life, and while I don’t have a pinpointed answer that I can give to that question, I know that I want to maintain a constant curiosity for acquiring meaningful skills, an insatiable hunger to explore new frontiers, and a yearning to expand my horizons. I know that as I get older, the time, access, and opportunities I have to do these very things will grow increasingly limited. This year I worked my first full-time job and was fortunate enough to have two months off to be able to enroll at Middlebury.

While there, I noticed that those who came in with intrinsic motivation to pursue learning the language, with passion and purpose, did much better than those who were doing it to merely fill a requirement. I think this is really important. You need to have a passion for it and you need to really want to do it for more than just a grade or a piece of paper. My goal right now is to continue my Hebrew study as I go on in life and to reach a point where I can be confident enough to write papers and give lectures in the language. 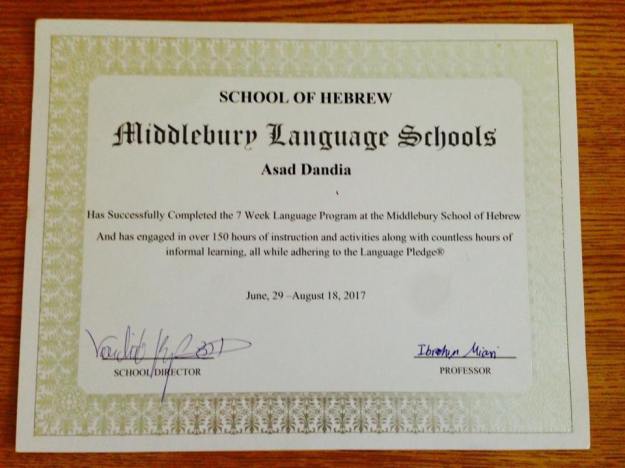 I’ll be honest, if it weren’t for my background in Arabic I probably would have not done so well, but the program was still very challenging. The pledge was frustrating at times, especially in the beginning when I needed to get around, but without it, I wouldn’t be nearly as competent in all of these faculties as I am now.

Today when I speak to people about studying languages, I tell them from the very beginning to look for immersion programs. Immersion is the best, if not the only way to truly internalize a language if you ask me because it’s closest to the natural way we’ve all been taught our first languages. I began with zero knowledge of Hebrew, minus learning the alphabet a week before, to reaching an early-to-intermediate level competency in all language skills. I’m proud of myself for that accomplishment and I fully believe that the sacrifice of an entire summer to get there was worth it. 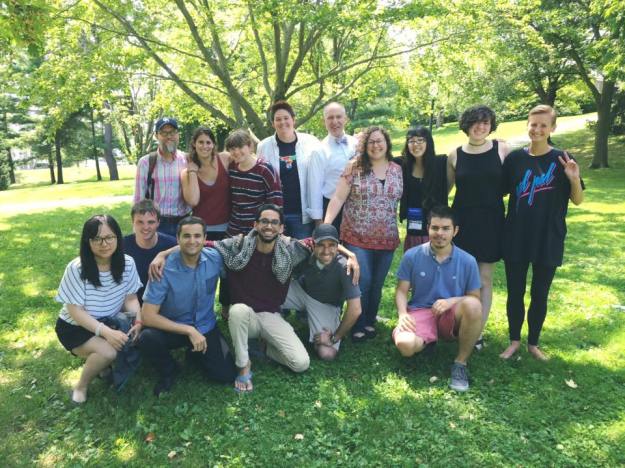 Our Hebrew class with Ibrahim on our last day

Hi I'm Asad. Thanks for stopping by my blog!